What’s in a Name?

If you take a look at any sporting team, there are two parts to their name. The first is their location and the second is a team name. Sure we have the traditional team names such as the Lions, Tigers, Bears and some creative teams names such as the Celtics, Jazz, and Astros. There are also some controversial names which we will go into a little bit later. It used to be easy to name a sporting team. Pick a dangerous or cool animal and run with it. But what happens when all the traditional team names are gone? You have to stretch and let those creative juices start to flow.

Minor League baseball takes the cake for these wacky, random, and off the wall monikers. Here are just a few extremely awesome examples (with their logos):

Ridiculous team names are not limited to Minor League Baseball however. College teams have some pretty interesting team names as well. The top names are:

Yes, all of these are real team names. Ready for a few more from the world of sports? How about these: 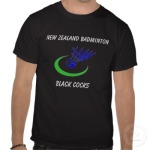 What is behind these name choices you may ask? Well let’s start with the Black Cocks. New Zealand wanted to gain more publicity for its leagues so they chose the “Black Cocks” as their nickname. It is a combination of “Black” which is one of the Nation’s colors and “Cock” which refers to the shuttle cock. Obviously this was met with quite a lot of criticism by many as well as the International Badminton Federation (yes there is such a thing) which prohibited the name and required them to change it. The team did get an enormous amount of publicity and also received a sponsorship deal by none other than condom manufacturers.

Some teams do it for the notoriety, while others have names that are specific to their area. The Cairo Syrupmakers for example have their moniker because Roddenberry’s syrup plant was formerly located in Cairo. The Modesto Nuts have their name because of the several type of nuts that are grown in the region. Other teams have their names simply because student or fans voted on the name. The Scottsdale Community College Artichokes were renamed back in the 1970’s when a vote was left up to the students to come up with a new nickname for the team. The students, at the time, were angry at the administration of the school because they felt like the administration was hemorrhaging money, so the students chose an off the wall name and wanted the colors to be pink and white. This caused an uproar by college officials and many lawsuits followed. The nickname and colors stuck for over 30 years and just a few years ago the colors were changed to green and gold but the artichoke nickname remains.

Some nicknames are controversial which had been a topic of conversation in recent years. Many names that are in reference to Native Americans have come under fire. Most teams have kept their nickname such as the Golden State Warriors, Cleveland Indians, Atlanta Braves, and others, but have removed logos or imagery that may depict Native Americans in a negative light. The Washington Redskins were brought up in the media just this past week regarding their nickname. Some feel that the Redskins name is portrayed as being racist while others feel it pays tribute to the Native American people. Redskins owner Dan Snyder in regards to the name of the team said, “We will never change the name of the team. It’s that simple. NEVER – you can use caps.” A recent AP poll found that nearly four in five Americans don’t think that the Redskins should have to change their name.

Bottom line is there are funny names, there are names that just make absolutely no sense, there are names that are controversial, and there are names that pay omage to the community. Whatever the reasoning for the teams name is, the goal for each team is to win games and sell tickets. Having an unique name may help merchandise sales but I don’t think it will help a team win more games. In any event, the names and logos are good for a laugh or two and whenever new teams are formed, I hope they keep up with these wacky nicknames.